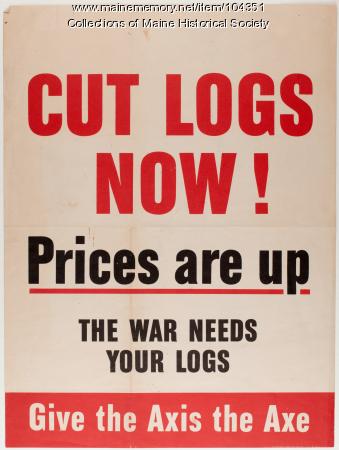 World War II demanded many natural resources from the United States, including timber. Men took to the woods with their axes to provide wood for hangers, barracks, ships, trucks, planes, bridges, and crates for transporting supplies, like ammunition.

The demand for timber inspired the need for an efficient way to cut down more trees in a shorter amount of time, resulting in one of the first models of the chainsaw was introduced, which became widely popular.

The "Give the Axis the Axe" slogan referred to the Axis Powers (Germany, Austria, Italy and Japan.)