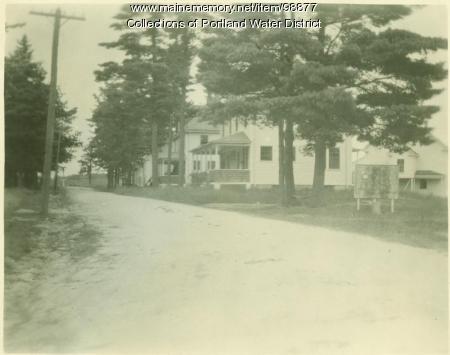 In the early 1900s, E. I. Dupont de Nemours Company operated a saw mill in Smith's Mills, Standish, in which packing boxes for munitions were made and shipped by rail to Delaware.

Because the mill employed a large number of people, especially during World War I, Smith's Mills grew to the size of a small town complete with schoolhouse, hotel, and community center that also served as the town's movie theater.

When Dupont stopped production and offered the sale of its saw mill complex to the the Portland Water District, the District opted to buy because of the proximity to the Sebago Lake Intake.

By 1923, the mill area and town were owned by the District and the buildings were sold and moved or razed, and the entire area was reforested to protect the Lake's watershed.