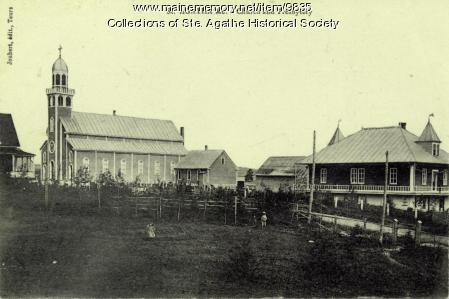 Ste. Agathe was organized as a parish upon receiving Bishop Healy's blessings to separate from Ste. Luce of Frenchville in 1889. He named the new parish to honor Ste. Agathe, a third century Sicilian saint who suffered martydom.

Father Ernest Etenaud, originally from St. Martin, France, celebrated the first mass at the home of Elzear Michaud on December 8, 1889. Father Etenaud directed the construction of the first parish church and rectory at the head of Long Lake.

The church building was consumed by fire in 1940. A year later, the present red brick church was consecrated.