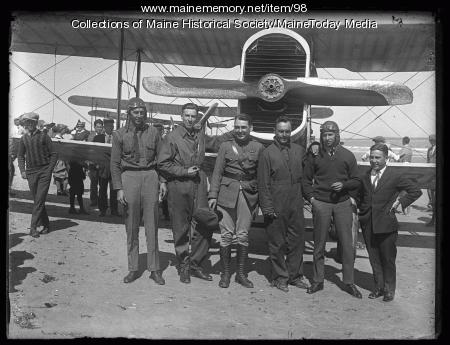 Biplane and pilots are surrounded by a crowd at Old Orchard Beach.