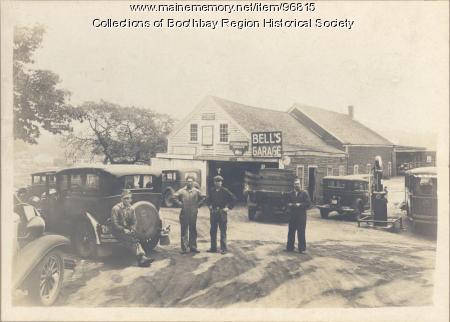 The owner and employees of Bell's Garage in Boothbay Harbor paused for a photograph some time in the early 1930s.

Like many garages, Bell's had been a stable before automobiles became common. Mr. Bell sold the building around 1954, when he went to work at one of the local shipyards. The new owner, Leon Tibbetts, changed the garage into a restaurant, the Broken Anchor.