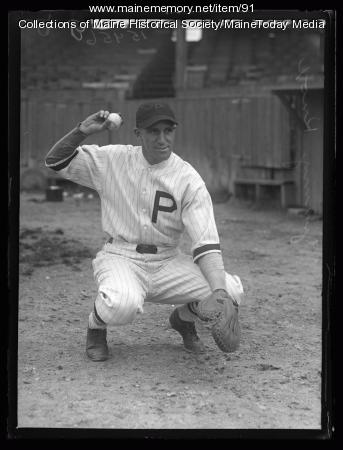 Bud Knox, also known as "Hard" Knox, was the catcher for Portland's professional, minor-league team in 1927.

The team initially was called the Eskimos, then became known as the Cliff Climbers, and by the end of the 1927 season were called the Lewismen, after their very popular manager (and player), Duffy Lewis.