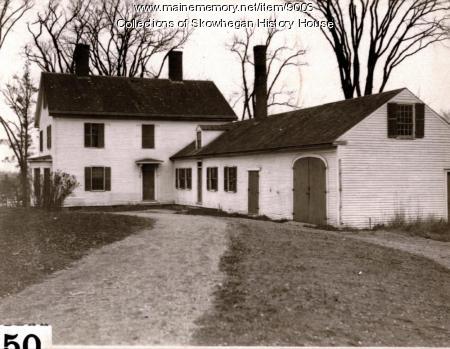 "This house was built by Judah McClellan, a prominent citizen and attorney in the early days of the town, about 1830. Mr. McClellan previously lived on the northerly side of East Front Street, the second house easterly from the corner of Mechanic street.

John J. McClellan, father of the present John McClellan of Skowhegan, was born in the house just mentioned. The McClellan homestead was occupied for many years by Charles McClellan, and after his death by Miss Helen Sanborn. The property was finally purchased by Mrs. Emily Hersey, of Bangor, and was later sold to Amos K. Butler, Esq. of Skowhegan, who occupied it for a few years and then conveyed to the town of Skowhegan."