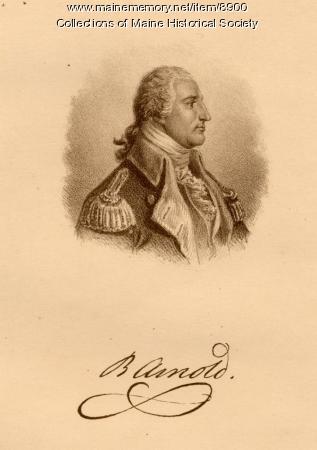 Benedict Arnold served as General in the American Army during the Revolutionary War, went on to flee the country in the British ship, Vulture, and became a colonel in the British Army. There are no contemporary portraits of Benedict Arnold, though artists' imaginative renderings are available, such as this one.