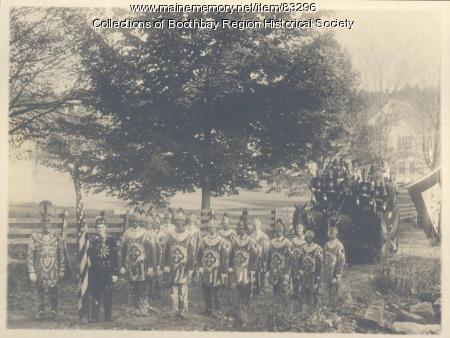 Boothbay Harbor's order of the Knights of Pythias (order #32) was formed in 1882 with 83 founding applicants. In this undated photo, the Uniform Rank Degree Team is seen in full regalia.

In 1894 the Boothbay Harbor Knights of Pythias secured a permanent meeting place at the Opera House, which was built in the same year. By 1910, Order #32 was the largest in the state, with 600 members. At the time of their "golden jubilee celebration" in 1932, Order #32 was still the largest in Maine, and the second largest in New England, with 726 initiates since 1882.