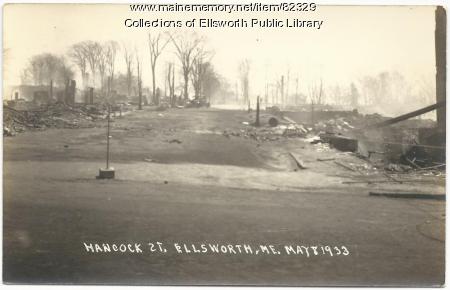 This postcard shows the devastation left on Hancock Street in the wake of the great Ellsworth fire of May 7, 1933 that burned most of downtown.

As seen in this image, the fire was so intense, the only rubble remaining was that which could not burn: predominantly brick chimneys and pieces of metal.