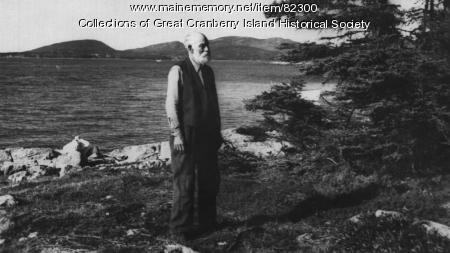 At some point, Sanford moved from the Preble House into a one-room cabin on Preble's land. In 1898, shortly after his mother's death, Sanford sued his stepfather for "services rendered" at the Preble House and won. He continued living on the property decades after Preble's death in 1905.

Sanford's conversations with Rachel Field inspired her book, God's Pocket, for he was the keeper of the European exhibition journals of his maternal grandfather, Captain Samuel Hadlock, Jr. In fact, it was Sanford's initial promise to Field when he startled her in the raspberry patch by his cabin that gave the book its title. He assured her she was as safe there with him as if she was "in God's Pocket."