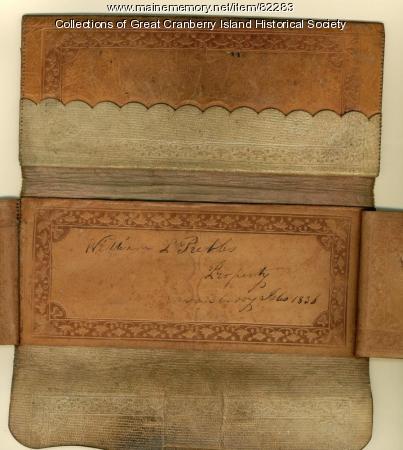 This leather, trifold wallet was owned by William Pitt Preble. It has a tongue and strap closure, shows signs of repair and is well worn. The inscription inside the wallet reads: "William P Preble Property Cranberry Isles 1836."

Recovered from the Preble House in the mid-20th century, this is the wallet of young, single, William Pitt Preble (age 25) before he began his family and businesses at the Preble House.