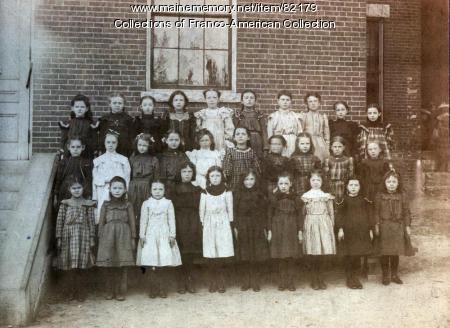 St Joseph's was the first Catholic parochial school in Lewiston-Auburn, built in 1881, and served both the established Irish Catholic community, and the new arrivals of French Canadians. Eventually, the growing number of French-Canadian parishioners would necessitate the creation of two new parishes - Saints Peter and Paul's, the "French" parish, and Saint Patrick's, the "Irish" parish. Each parish would go on to construct its own school.

While Lewiston-Auburn's two major Catholic communities would remain distinct, and sometimes hostile to one another, St Joseph's parish maintained a more mixed congregation than any other.