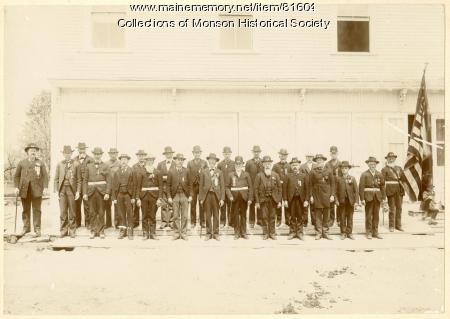 Pictured here are Civil War Veterans from the Gerry Relief Corp. Post #5 in front of the Grand Army of the Republic Hall, on Main Street, in Monson.

The GAR was formed in Maine on January 10, 1868 with Monson being the 5th Post to join the organization.