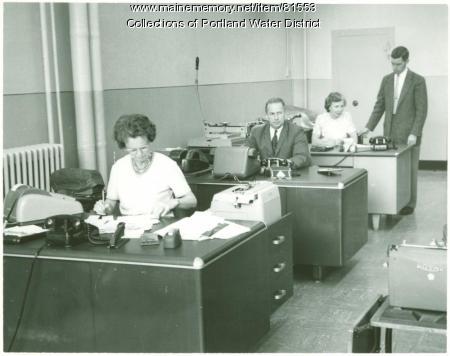 The Portland Water District moved its general offices to 16 Casco Street, Portland, in 1915 due to the increased need for space.

The building was formerly occupied by the Northeastern Telephone Company and was remodeled before the District took residence.