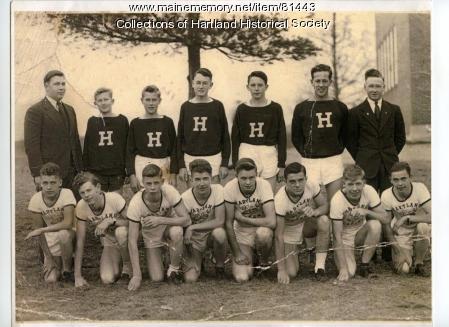 On February 17 1942, the team added another trophy to their cabinet by defeating Hermon High School 29 to 23 at Hartland. This was not an easy year for sports. It was war time, tire and gas rationing reduced the number of games that the teams played and that fans attended; some events were cancelled all together.