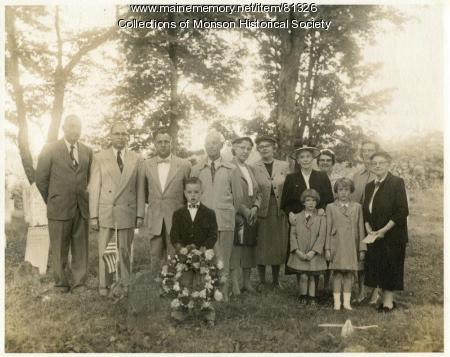 The Daughters of the American Revolution (DAR) in Monson held a Memorial Service for Revolutionary War Veteran Barnabas Jackson on August 29, 1954. Participating in the event were family members and members of the Tisbury Manor Chapter of the DAR.

Also buried in this lot is Barnabas Jackson's wife, Lydia Jackson. The Tisbury Manor Chapter of the DAR was organized in Monson November 5, 1952 and continues to be an active chapter today (2013).