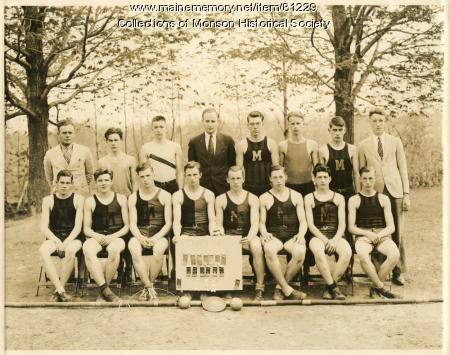 Monson Academy students often participated in several sports including track, baseball, skiing, ski jumping and basketball. This team photograph of the 1935 track team shows them proudly displaying their many ribbons they earned to became the county champions.