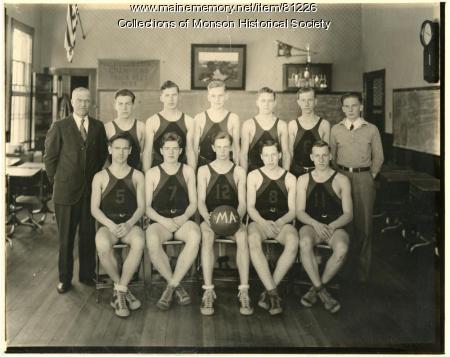 Coach Salve Larson worked in the slate quarries of Monson and had no formal training as a basketball coach. He did however excel in basketball as a player and had a laid back coaching style with the students which was a great combination during his coaching years from 1928 to 1935. Larson built a basketball dynasty with championship teams including the 1934-1935 team, pictured here, which won the Piscataquis County title with a record of 15 wins and 5 loses.