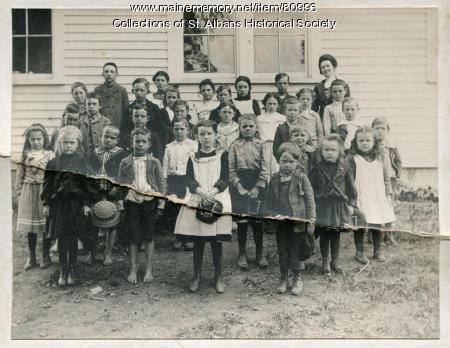 The photograph is of the St. Albans Village School students from the 1903 to 1904 school year.

The Village School was originally constructed in 1832. It burned in 1843, was replaced in 1846, burned again in the late 1870s. rebuilt again in 1883. It also served as a free high school until approximately 1912, an important factor for those unable to attend an instruction of higher grade.

The students pictured in this photograph are: