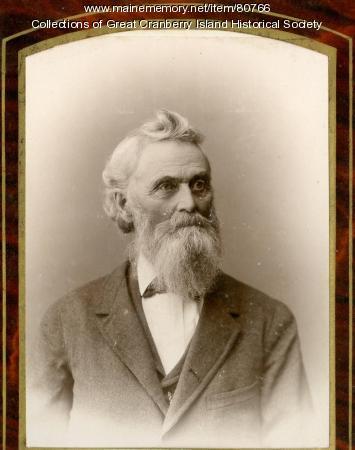 William Pitt Preble (1811-1905) descended from one of seven Preble brothers who emigrated from England to Portland in the 17th century. He was the son of the Mount Desert Rock lighthouse keeper.

Preble was the second owner of the Preble House, having married Abigail Hadlock Spurling, the widowed sister of the first owner in 1839, and then marrying the first owner's widowed daughter, Jane Matilda Hadlock Sanford, in 1875.