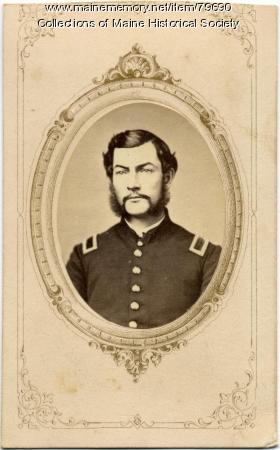 William K. Bickford of Thomaston was 24 when he enlisted as a sergeant in Co. I of the Maine 20th Infantry Regiment in August 1862.

After the Civil War, Bickford was a hotel keeper in Thomaston, Norway, Rumford Point and Brooks. He grew up in Dresden.