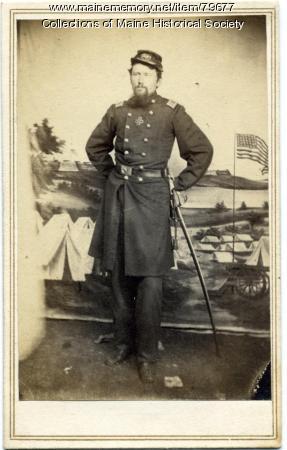 In August 1863, he was promoted to major. He was breveted as lieutenant colonel in 1864, colonel and brigadier general in 1865 and promoted to full colonel in May 1865.

After the war, he worked as a patent attorney in Washington, D.C.

On the back of the photo is written: "Ellis Spear Maj. 20th MeVols. Rappahannock Station Va March 5th, 1864."