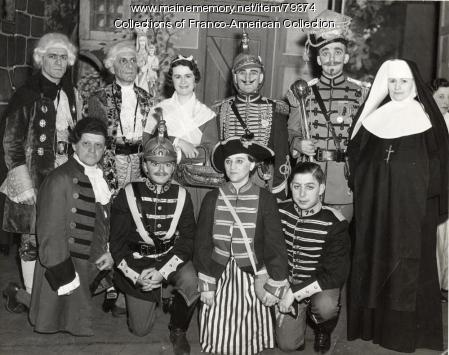 Despite being an Austrian piece (by Franz Lehar), La Veuve Joyeuse (the Merry Widow), as the French translation was known, was popular with Franco-Americans in Lewiston. It was one of many musicals performed under the direction of Jean-Baptiste Couture and the "Club Musical Litérature."