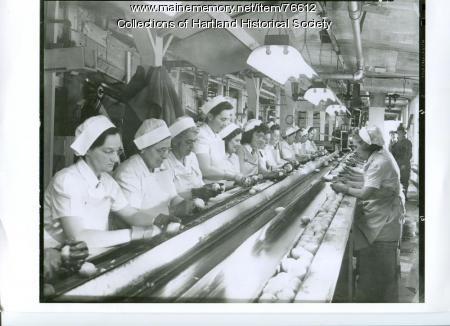 The cannery was founded by Hartley C. Baxter in 1887 and the headquarters were located in Brunswick.

Initially H.C. Baxter's only product was canned corn but in In 1923 a branch was opened in Hartland which processed peas and string beans in addition to whole kernel corn. Over the years H.C. Baxter continued to expand its product line offering such products as frozen vegetables, dehydrated potatoes, and frozen french fries.

By the late 1950s-early 1960s, the company could no longer compete with canneries in other areas of the country and concentrated on processing potatoes. After the Hartland plant ceased operation in the late 1960s, it was acquired by Irving Tanning and became known as the Tannery Annex. The tannery ceased using the building in 2012.