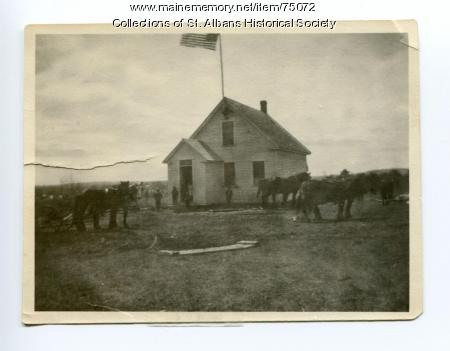 The Pond School in St. Albans, located on the Pond Road near the intersection of what is now called the Finson Road in Hartland, was erected around 1875. It was one of 17 schools in the town.

The school, like many in its day, consisted of one room in which more than one grade was taught.

One teacher of record was Agnes Irene Libby. She began teaching in 1918, at which time the school was in serious decline. Due to her efforts and those of the agent for rural education, Harold Allan, the "School Improvement League" was formed.

Pupils, parents, and neighbors alike put forth their efforts to make the school more homelike. The school closed in 1939.