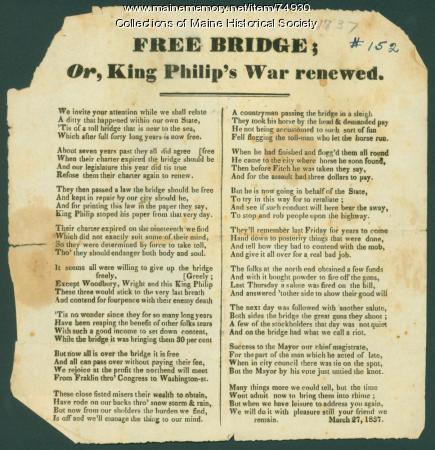 A poetic broadside dated March 27, 1837 tells the story of a toll bridge, efforts made to make it free, and the struggle to have it remain free.

The bridge mentioned in the poem was probably the Back Cove Bridge from Westbrook (now part of Portland) to Portland.