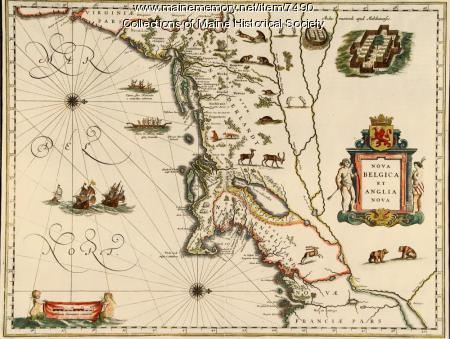 The wonders of the mythic "Norumbega" (lower right along the Penobscot River) are depicted in the rich natural setting: moose, deer, bear, beaver, fox, otter, turkey, hare and egrets.

This map's orientation to the west is confusing; only later in the 18th century would mapmakers adopt the convention of orienting to the north.