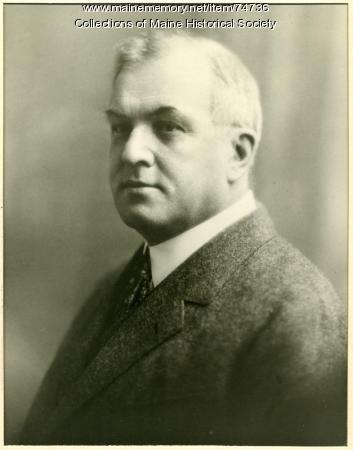 Walter Scott Wyman (1874-1942, one of the two founders of Central Maine Power, was born in Oakland (then West Waterville), studied electrical engineering at Tufts University. In between terms Wyman worked as a telegraph operator and during the summers he managed the Western Union office in Bar Harbor.

Wyman left Tufts before his senior year, and soon became general manager of the Waterville and Fairfield Railway and Electric Company.

In 1899, Wyman left the Railway and Electric Company and along with his friend Harvey Doane Eaton and formed his own business, which eventually became Central Maine Power.