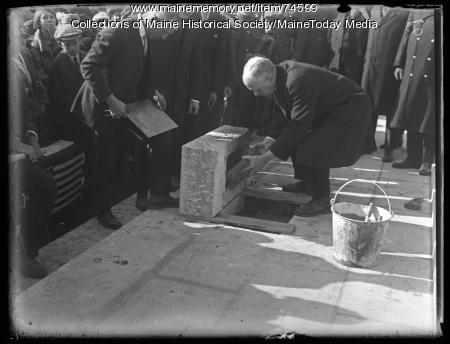 Governor Percival P. Baxter prepares a bronze casket to be placed under the World War Memorial cornerstone. The casket is filled with an honor roll of men from Maine who have lost their lives in the war, the addresses of Governor Baxter and General Albert Greenlaw, a history of the Kittery-Portsmouth inter-state bridge, and a "State of Maine Book" by Rev. Henry E. Dunnaci, state librarian.