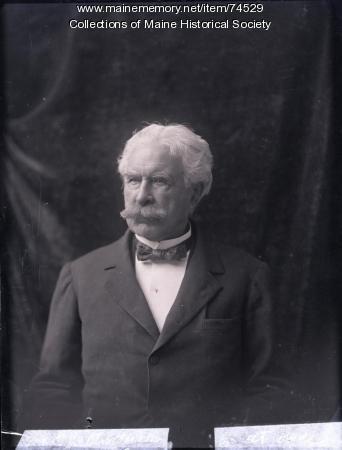 After receiving his law degree from Bowdoin College Samuel Jameson Anderson (1884-1905) returned to Portland, in 1846, where he practiced law until 1865, at which time he retired from practicing law to help organize the Portland & Ogdensburg Railroad. Anderson eventually became president of the Portland & Ogdensburg Railroad, a position he held until his death in 1905.