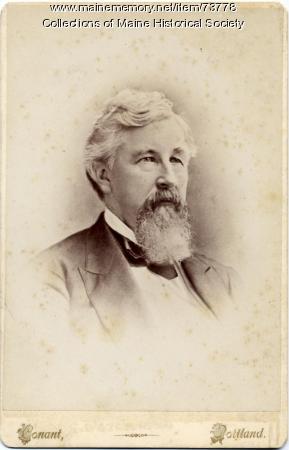 George Foster Shepley (1819-1878), a native of Saco, was a lawyer in Portland and serving as U.S. attorney for the District of Maine when, in 1861, he became colonel of the 12th Maine Infantry Volunteers.

Shortly after the 12th Maine went to Ship Island, Mississippi, Shepley was named commander of the 3rd Brigade, then military commandant of New Orleans and, in June 1862, military governor of Louisiana. He was later in charge of the military district of eastern Virginia and, later military governor of Richmond.

After the war, he became U.S. circuit judge for the 1st circuit.

Shepley was the son of Ether Shepley, also a lawyer and chief justice of the Maine Supreme Judicial Court for many years.