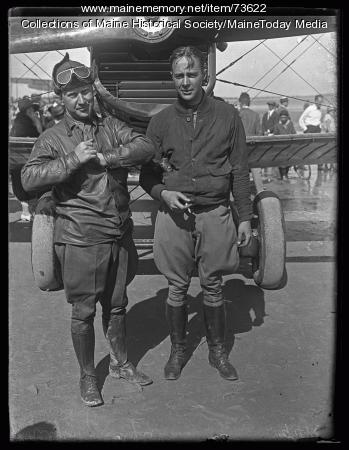 The first Old Orchard Beach Air Show was held in 1924, having been organized by Captain Harry Jones, who was a World War I flight instructor. The two men pictured, Lieut. B. A. Nagle and Captain E. W. Kilgare, are wearing flight jackets, jodphurs and boots. They are standing in front of their plane that they flew from Boston to the Old Orchard Beach Air Show. The first show was held Friday August 29 through Monday, September 1, 1924.