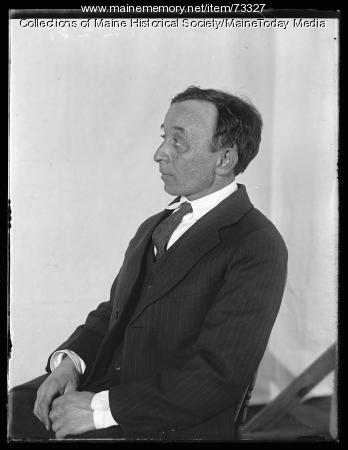 Henry D. Hummel was born in 1889 in New York City. By the 1920's, he was married and worked for the National Biscuit Company (Nabisco) in Portland. When famed New York lawyer Abraham Hummel died in early 1926, Henry claimed to be his son and the sole heir to the $1.25 million inheritance. He argued that his mother, the opera singer Leila Farrell, was the common-law wife of Abraham Hummel.

Henry contested the will in a very public and protracted legal battle through most of 1926. In November, he and his legal team announced an undisclosed settlement.

See the New York Times archives, January - November, 1926 for ongoing news about the trial. The settlement was front page news in The Portland Evening Express, November 22, 1926.