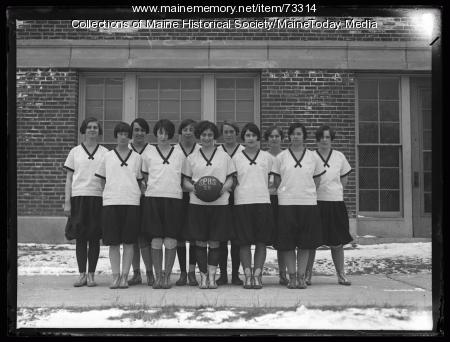 At the time, women played under different rules than men's basketball. The court was divided into thirds: guard, center, and forward. Each team had six players with two players assigned to, and confined to, each third. Players moved the ball by passing or some limited dribbling.

Deering won the state championship in 1926 and their only loss was to the South Portland High School team.