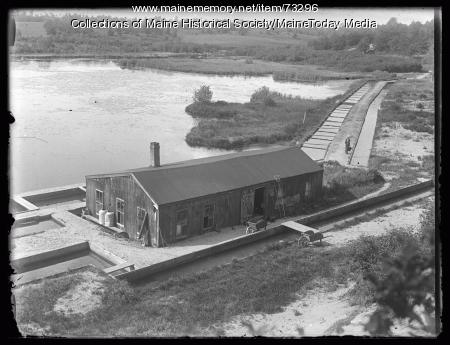 William H. Rowe owned and operated a trout farm in Bar Mills. He and his partner, Frederick Hale, bought the business in 1909, with Mr. Rowe assuming full ownership after Mr. Hale was elected to the U.S. Senate in 1917.

As of 1924, the trout ponds were stocked with half a million brook and rainbow trout. Mr. Rowe sent mature fish to market, typically in the spring. For example, he sold over five tons of trout in New York City in 1923.

An article on the trout farm appeared in the September 2, 1924 issue of the "Portland Evening Express."