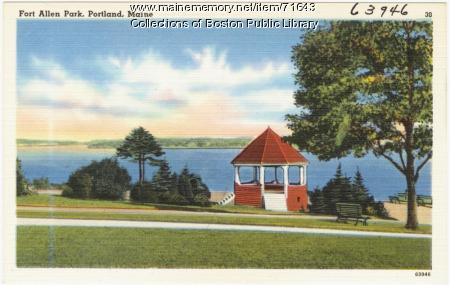 A Tichnor Brothers postcard of Fort Allen Park in Portland from around 1938. The park, which opened in 1890, was built around artillery batteries from the Revolutionary War and the War of 1812. The bandstand, also built in 1890, was designed by Albert Winslow Cobb and John Calvin Stevens. A rehabilitation of the park began in 2013.