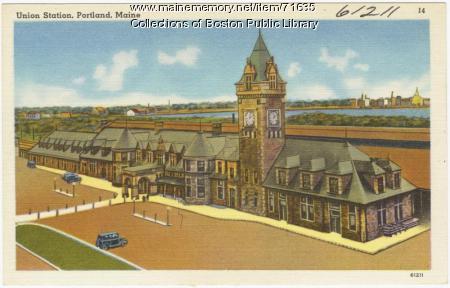 A Tichnor Brothers postcard of Union Station in Portland from around 1938. The station, completed in 1888, served as the main transportation point for tourists at the beginning of the 20th century. However, following World War II the popularity of cars increased, making it only a matter of time before train travel was obsolete.

The station's dramatic demolition in 1961 served as inspiration for the creation of Greater Portland Landmarks.