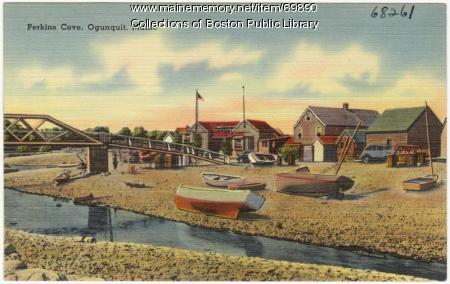 The caption reads, "Perkins Cove, Ogunquit, Maine." These small houses, or shacks, were built by the original members of the Cove Fish Company. As the region became an artist and tourist destination, these shacks were memorialised as symbols of the Cove.

In 1888, Charles Woodbury set up an art studio in Ogunquit in one of these shacks.

The Tichnor Brothers printing company published this type of postcard circa 1938.