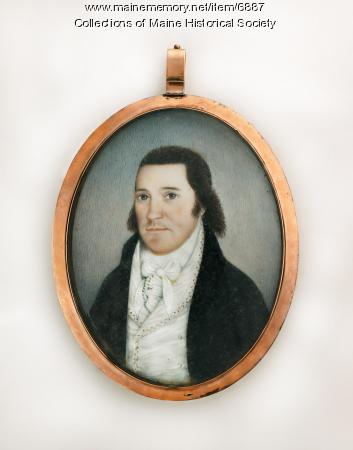 This bust of Prentiss Mellen was created about 1800, probably by John Brewster Jr.

In 1820, when Maine became a state, Mellen became the Chief Justice of the state's Supreme Court, a position he held until he was constitutionally disqualified in 1834 at the age of 70. Mellen then headed the commission that revised and codified the public statutes of Maine, which became the first volume of the Revised Statutes of Maine.