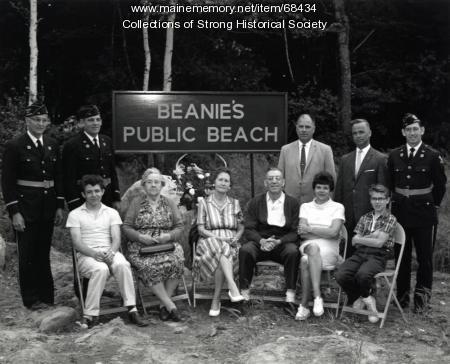 After purchasing the shoreland property, and constructing and equipping the beach, the American Legion Johnson-Cox Post 78, dedicated the beach in memory of Milton R. "Beanie" Bean, a devoted Legionnaire killed in a hunting accident in 1961. The beach was named Beanie's Public Beach.