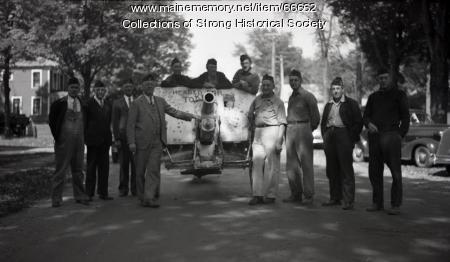 This cannon was received after World War I and was part of the Veterans Memorial for more than 20 years. But when World War II broke out and scrap iron was needed to support the allied war effort, the cannon was reluctantly given up. Here veterans and Legionaires send off the cannon with the "Headed For Tokyo" message.