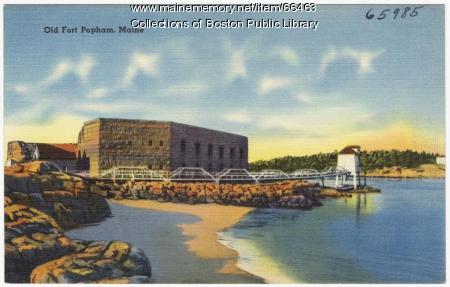 Fort Popham is a Civil War era structure built on the site of the short-lived Popham Colony settlement of 1607. Both are named for George Popham, the colony’s leader.

Because of its strategic location at the mouth of the Kennebec River and the Gulf of Maine, the US government used the area for military protection during the Revolutionary War, the War of 1812, the Civil War, the Spanish-American War and World War I.

Construction of Fort Popham began in 1861, using granite blocks quarried on nearby Fox and Dix islands. In 1869 construction at Fort Popham stopped, and the fort was never completed.