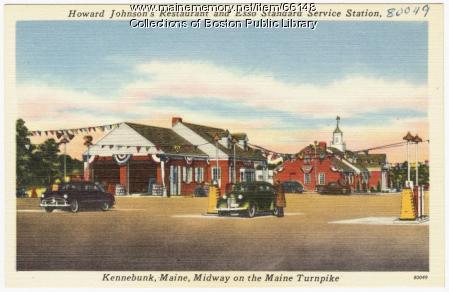 A Tichnor Brothers postcard shows the Kennebunk service station on the Maine Turnpike, a road that opened in December 1947.

By the mid-1930s, many highways hosted the distinctive orange roof of the Massachusetts-based franchise Howard Johnson's. Visiting a Howard Johnson's quickly became a common experience for tourists traveling by car.