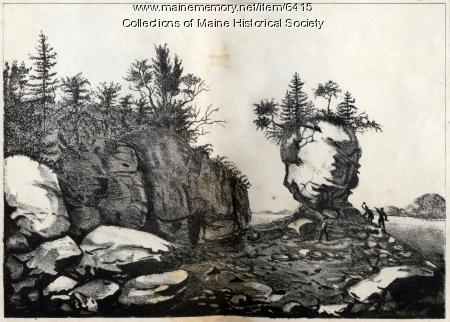 The image is Plate XI from the book Atlas of plates illustrating the Geology of the State of Maine accompanying the first report on the geology of the state, by Charles T. Jackson, engraving and lithography by Thomas Moore, 1837.

Francis (Franz) Graeter painted the image on an expedition with Jackson.

Jackson wrote, "At a time when the boundary line between the British provinces and the United States is proposed to be drawn, it is certainly a matter of no small importance that we should know accurately the nature and value of the district in dispute."