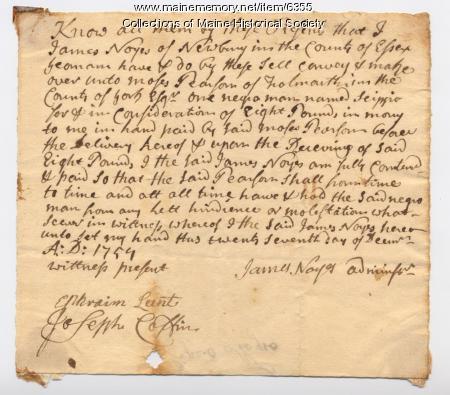 James Noyes made this bill of sale to Moses Pearson, conveying "One Negro man named Scippio" for £8, approximately $1,900 in 2020 currency.

Enslaved people were commonly renamed after people in the Bible, figures in Greek and Roman mythology or notables in history. In this case, Scippio was likely named after Roman general Publius Cornelius Scipio Africanus.