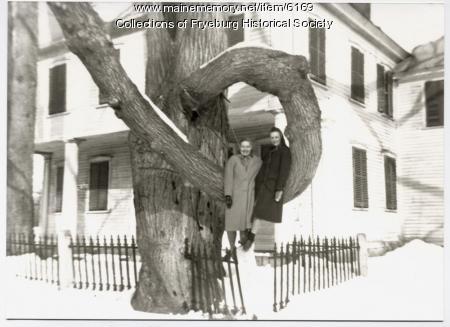 This tree, approximately 100 years old in 1965, was then ravaged by Dutch Elm Disease.

Once a stately elm situated in front of Young's Metal Shop on Portland Street, this tree acquired its name from the curious loop in one of its branches. It had been a landmark for a century. Children and adults often had their pictures taken while sitting upon it.

In 1965, Harry Eastman had the "doughnut" stump cut down, treated, and placed on his property further down Portland Street.