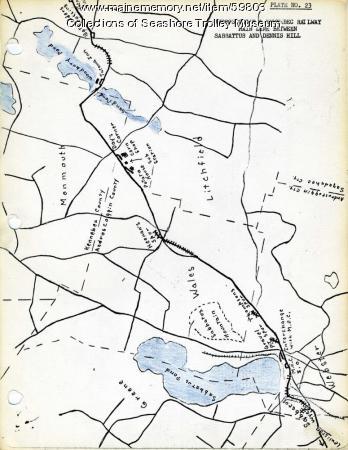 This is Plate 23 of the Maine Electric Railway Atlas, drawn by Charles D. Heseltine and edited by O.R. (Osmond Richard) Cummings in 1970.