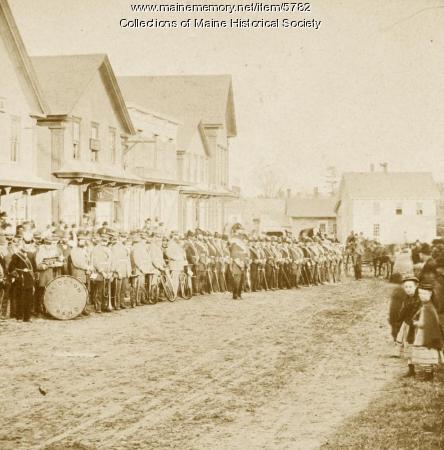 These musicians are lined up in Bridgton, Maine's Pondicherry Square sometime in the 1870s. Bridgton's first band was formed in the fall of 1851. That band, Bridgton Brass Band, reformed after the Civil War, but members soon split off and formed a rival band. The band in this image sports dark uniforms with a light-colored sash - an indication that this may be the Bridgton Cadet Band because they wore blue jackets with yellow belts. The Brass Band wore blue and red uniforms.