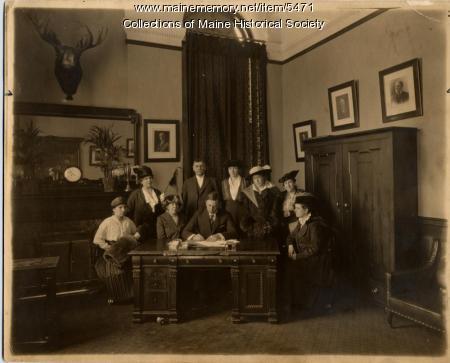 Maine Governor Carl E. Milliken signs a Maine legislative resolution to hold a special election on Sept. 10, 1917 on a state constitutional amendment to grant women the right to vote in Maine.

After 40 years of effort, the pro-woman suffrage forces in Maine got the resolution through the Maine Legislature.